Sign up for Automotive and enjoy the benefits by receiving our newsletters, downloading software, saving your bookmarks, sending it to your colleagues and much more.

If you have any questions you can contact us at automotive@arcelormittal.com.

All fields with (*) are required

By logging into this website, you help us to offer you the most personalized experience possible. No matter what device or browser you use, your personal preferences, saved documents and favorited pages will always be accessible.
No pages require a login to view content. So there is absolutely no obligation to create a login for this website. All information on this website is available to every visitor, without limits.

Please also check our privacy message which explains how we comply with the EU’s general data protection regulation (GDPR) and other relevant privacy laws.

You can store your preferences, favorite ArcelorMittal automotive web pages and documents in a safe place, accessible at any time, from any device.

By creating an account for this website, you help us to offer you the most personalized experience possible.

To avoid spam, we must be able to identify the sender of the e-mail. Therefore, we kindly ask you to sign in or make an account first.

New DRI and EAF installations in Gijón will reduce carbon emissions at our Spanish operations by approximately 50%. The DRI installation will also enable ArcelorMittal Sestao to be the world's first full-scale zero carbon-emissions steel plant on a Scope 1 and 2 basis.

ArcelorMittal has today signed a memorandum of understanding (MoU) with the Spanish Government that will see a €1 billion investment in decarbonisation technologies at ArcelorMittal Asturias’ plant in Gijón. The investments will reduce CO2 emissions at ArcelorMittal’s Spanish operations by up to 4.8 million tonnes, which represents approximately 50% of emissions, within the next five years. Should green hydrogen not be available at affordable rates by the end of 2025, natural gas would be used to power the DRI furnace. This would still result in a very significant reduction in CO2 emissions, of 4 million tonnes, approximately 45%.

The MoU states the commitment of ArcelorMittal and the Government of Spain to transition towards a decarbonised steel industry. ArcelorMittal will introduce new manufacturing processes that contribute to a considerable reduction of CO2 emissions. It will also further intensify its R&D capabilities in Spain to support the new project and innovation requirements. The Government of Spain will promote reforms and investments to support the development and growth of a strong, more competitive and sustainable industrial sector, as well as endeavouring to provide maximum financial support for the project, in line with Spanish legislation and European Union regulations.

Given the significant cost associated with the transition, in terms of both capex and opex, it is ArcelorMittal’s expectation this support will cover at least half of the additional cost to enable its operations to remain competitive as it accelerates its decarbonisation program.

The MoU was signed at an event in ArcelorMittal Asturias’ plant in Gijón, which was attended by ArcelorMittal Executive Chairman, Lakshmi Mittal, CEO Aditya Mittal and the President of Spain, Pedro Sánchez as well as Raül Blanco, the Secretary General for Industry, and Adrián Barbón, President of the Asturias regional government.

At the heart of the plan is a 2.3 million-tonne green hydrogen direct reduced iron (DRI) unit, complemented by a 1.1 million-tonne hybrid electric arc furnace (EAF). This starts the transition of the Gijón plant away from the blast furnace-basic oxygen furnace steelmaking production route to the DRI-EAF production route, which carries a significantly lower carbon footprint. The new DRI - which will be the first of its kind in Spain - and EAF will be in production before the end of 2025.

To maximize the emissions reduction potential, ultimately green hydrogen will be used to reduce the iron ore in the DRI, with the EAF powered by renewable electricity. The support of the national and regional governments in this project is crucial as it will enable ArcelorMittal to have access to green hydrogen supplied through a consortium of companies that will cooperate in the construction of the infrastructure required in order to produce hydrogen in the Iberian Peninsula using solar‑powered electrolysis and to transport it directly through a network of pipelines. The initiative involves the construction of multiple large-scale solar farms, with hydrogen produced in situ and with the corresponding impact in terms of employment.

The Gijón DRI will also feed the company’s Sestao plant, situated approximately 250km from Gijón, where production is already entirely from the electric arc furnace route. This means that by 2025 ArcelorMittal Sestao will produce 1.6 million tonnes of steel and be the world’s first full-scale steel plant to achieve zero carbon-emissions.

"It is widely understood that for the world to achieve net-zero by 2050, faster progress over the next decade is essential. The MoU we have signed today will play an important role in doing exactly that.  The construction of the new green hydrogen DRI plant in Gijón will not only enable us to reduce emissions from our Spanish operations by half but will also result in the world’s first full-scale zero carbon-emissions steel plant in Sestao.
"Clearly, this is a project that will require the support of many different partners to succeed; our plan hinges on the supply of affordable, mass-scale hydrogen, access to sustainable finance and a supportive legal framework that allows us to be competitive globally. The Spanish government has clearly defined plans to transition the country to a decarbonised economy and I have been impressed by the progress made in creating the energy infrastructure that this green economy will require.
As a large emitter, the steel industry can make a vital contribution to achieving net zero by 2050. This project demonstrates what is achievable.”

Aditya Mittal, CEO ArcelorMittal, speaking at the signing of the MoU in Gijón

“The Government of Spain and the ArcelorMittal Group fully agree that the transition towards a decarbonised economy is an essential objective for Spain, and they both recognise the industrial, technological and regulatory challenges that this transition poses for Spanish industry, as well as the opportunities it offers, in terms of innovation and improved competitiveness. The Government of Spain, through the Ministry of Industry, Trade and Tourism, will strongly support a new framework of institutional relations between the Government and the ArcelorMittal Group, because the Government of Spain recognises the importance of the steel industry for the development of the Spanish economy, while also recognising that the industry needs a stable and predictable legal framework as the best tool to enable it to be competitive and attain the targets set in terms of energy transition and digitalisation, both at national and at European Union level. In this regard, the Government of Spain is exploring regulatory instruments to support the industry in the transition process, such as the compensation programmes for electricity-intensive industries, tools to promote improved energy efficiency, public financing for digitalisation, instruments to promote industrial investments, training programmes and strategies to promote the use of clean fuels.”

ArcelorMittal Europe has a target to reduce CO2 emissions by 30% by 2030, and an ambition to be net-zero by 2050. The company is pursuing two pathways to achieve this: Innovative DRI and Smart Carbon.

ArcelorMittal Spain’s operations are already contributing to the reduction of CO2 emissions from the company’s steelmaking operations. Earlier this year, ArcelorMittal Asturias completed its project to capture hydrogen-rich coke oven gas and re-inject it into the blast furnace, replacing some of the coke used in the blast furnace. Deploying this innovative technology will result in a reduction in CO2 emissions of 125,000 tonnes a year, equivalent to the emissions generated by the annual consumption of 84,000 Spanish households with individual natural gas-based heating systems. These CO2 savings have already generated XCarb™ green steel certificates, which were launched by the company in March 2021, allowing ArcelorMittal customers to report a reduction in their Scope 3 CO2 emissions.

Explore our steel solutions for
BEV and ICE vehicles

Get in touch with
our experts 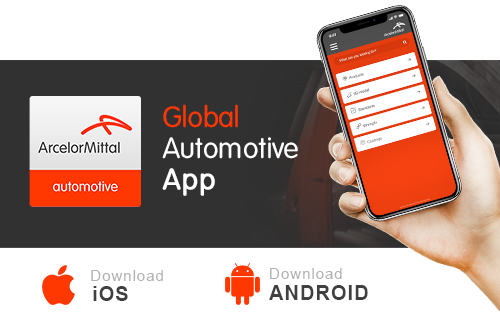 NewsStories and casesVideosBlog and opinion